90
5.00 star(s)
Some debate whether these are real or secretarial, but figured what the heck.
Carrie Fisher - 9 days 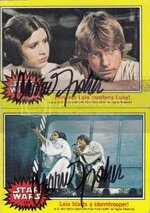 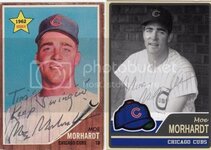 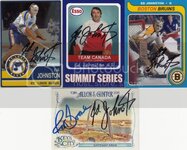 A&G going to Jim Bakken of the football Cardinals next. (Already signed by Ron Boone of the ABA's Spirits of St. Louis). 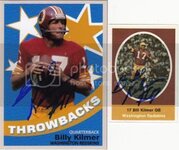 His son John won a Stanley Cup with Tampa and his wife's name is on the Stanley Cup as well, as part of the Avalanche executive team in the early 2000s. 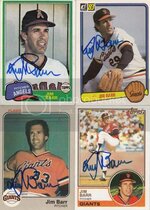 I included an extra 81T for him to keep, which he did, but signed the penny sleeve I sent it in. So, what do you do with a signed penny sleeve???

186
5.00 star(s)
Make another awesome custom, a cut this time that fits the penny sleeve signature....you now have the luxury of using whatever background you want, since he signed on transparent plastic!

Kevin
You must log in or register to reply here.