autos from the last few days....

first...I sent Mort Walker of Beetle Bailey fame a couple of the "You sketch it" cards and he was nice enough to do a couple for my kids....very nice guy, very generous...going to send him a thank you card with a pic of the boys holding these: 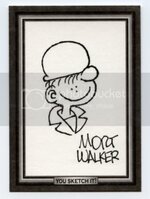 and Mort doesn't do "Hi & Lois" anymore...but I mentioned in my letter that I always liked that cartoon strip and he sent back this...pretty cool: 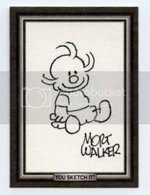 Zakk Wylde...kinda cool as it's signed and dated two weeks before the CD was released: 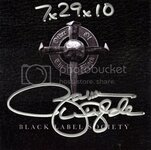 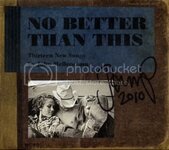 A Few Autos From the PC FT
2