couple days of mail and IP 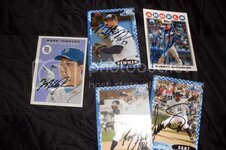 Had hopefully future Tiger Avisial Garcia sign my hat since he has an awesome sig and I really doubt he will be back next year and I really don't think they are going to win the next 2 playoff games and make it to round 2. 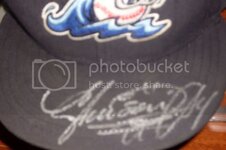 Then bought one of Michael Rockett's really short GU uncracked bats for $20 from the souvenir shop, don't know why it was up there uncracked though. Most have been unlucky. Had Wade Gaynor sign it though since he didn't have any cracked bats and only had 3 bats left otherwise he would've gave me one even though I've been trying to buy a "namer" off of him lol. 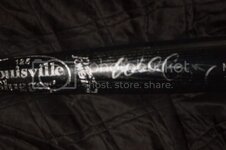 Then got all these deceased Tigers in a trade.
Jerry Staley/Marv Grissom 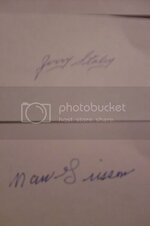 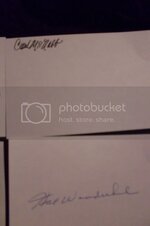 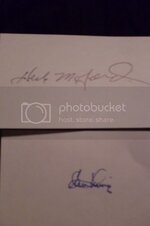 348
4.90 star(s)
yeah I found the redneck lol they had gone up to the gas station to get snacks, you gonna post pics of all your ice cream helmets?
Last edited: Sep 9, 2010
You must log in or register to reply here.