1,942
5.00 star(s)
On monday I went to the Modesto Nuts game to see Taylor Buchholz's rehab appearance. He is a great guy, also managed to get who I needed on Visalia.
Last night Dave Dravecky was speaking in town and I went even though I've seen him here a few times before. He is a great speaker and I reccomend going to see him if you ever get the chance. When I handed him my blue pen to sign my cards he said "nice choice, why is that the popular color now instead of black? I sign a ton of cards in the mail and its amazing how often they write in the letters to sign in blue or sometimes they even include a blue pen in the envelope." Thought that was funny. Pics are below. 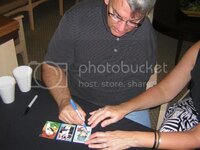 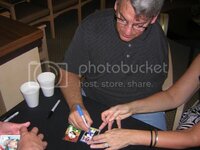 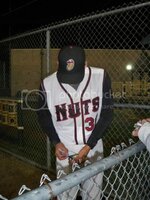 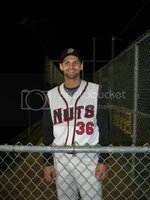 Uploaded a pic of brad hawpe from his rehab appearance: 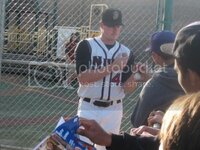 Had Another Surgery! Looking To Downsize With My Downtime!! List Inside!!!