Beautiful sig on a beautiful card! 2010 AG is the best looking AG yet! 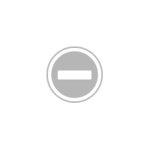 128
5.00 star(s)
Throw Mahlon a few dollars. I know him personally and he's starting to get flooded. He's signed for free for the last 20 years once the ***** Leagues started to regain popularity, and has appeared on numerous issues including the Larry Fritsch set, Ron Lewis' postcards, Retort Postcards and the Ted Williams Co. set.

He's 88 and one of the last living players from when the ***** Leagues were viable (he started in 1940 when ALL of the big names were still playing - Gibson, Paige, Leonard, Bell, Dandridge, etc. etc.).

Looking for base, parallel, and #'d 2010-Present RC and 1st Bowman Cards with Higher BV Than These