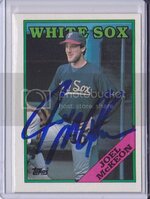 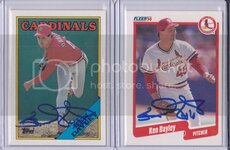 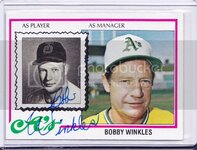 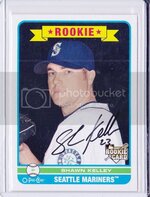 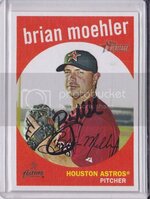 2
Nice additions, gotta get off my can and get Moehler...

whalerfan9 said:
Nice additions, gotta get off my can and get Moehler...
Click to expand...

You and me both.

That needs to be a Tigers card though

127
5.00 star(s)
i have to say congrats b/c Winkles is a distant relative of mine(his grandfather and my great great grandfather were brothers in 1890s arkansas)....tracked him down about a year ago and after playing phone tag, we had a nice 45 min phone conversation and now exchange x mas/b day cards. he is a super nice guy and i could have talked to him for hours. he is from the same hometown as former tiger great HOF george kell(who was once his teacher) and the town was so small they did not even have a high school team. he told me that in 1983 he was making something like 45k coaching third base for larussa's white sox and got the offer to be the minor league batting instructor for them and when he found out it paid 100k, he said where do i sign?
he's been nice enough to write back and forth with my little nephew and always answers a bunch of questions. sorry to ramble, but i had to say congrats and some nice things about Bobby. he told me he gets about 4 ttm requests a week but i must say for a guy that has a baseball field named after him(at ASU) 3 national titles& is in the college baseball HOF..he is still rather unknown.