127
5.00 star(s)
Had an amazing time tonight at the Air Hogs game....Free tickets and dollar beer go a long way to make it fun. I took my two nephews again and the youngest one kind of does his own thing so I let him be. He got two baseballs signed by a lot of players but i really have no idea who he got and i kind of just let him go nuts solo....My oldest nephew(11) is starting to grasp this auto/memorabilia concept...Anyway, with maybe 200 people there, we had a field day...NOTE To those who have sent me Petralli, I did not see his son suited up and as of now, there is no transaction of him being released...however, i saw no sign of him there. Therefore, with such turnover, if i do find out he was released, i will of course send all Geno Petralli's back...

The night was as awesome as you could imagine a 15-0 drubbing(they lost). My oldest nephew actually got 7, yes i said seven baseballs at the game(3 from behind each dugout and one from the ump after the game) as well as a game used cracked bat from former UT player Michael Hollimon...that MADE HIS DAY...his use of please and sir, etc is really paying dividends at the independent level!!

we got 72 cards signed in total( he helped a little but honestly most guys signed whatever i gave them)..some are from 50/50...i got most of the inky's signed but still have 5 or 6 i will get next time for you guys... 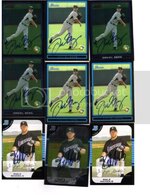 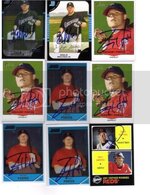 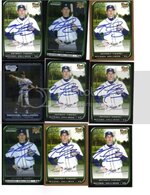 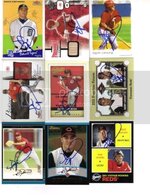 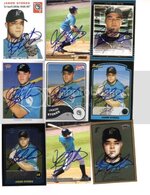 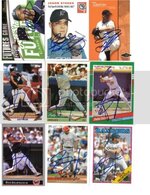 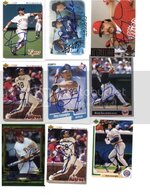 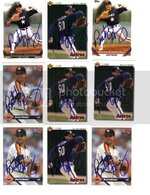 thanks for reading!!!
Chris

551
5.00 star(s)
BANNED
Awesome dude, I am really interested in a Jason Stokes auto if you have an extra.

1,981
5.00 star(s)
Congrats
Nice pick ups
Job well done
Sounds like your nephews have a ball at the games
Chief

i'm sure i can trade a stokes dupe i have.......might go again next wednesday too

CW13 said:
He got two baseballs signed by a lot of players but i really have no idea who he got and i kind of just let him go nuts solo
Click to expand...

Congrats! I have a Whitecaps ball from when I was 10-13 years old or so. About three seasons of random signatures, just who ever would sign my ball on the team. I look at that ball now and always wonder if I got any of the big names at the time like Joel Zumaya Fernando Rodney . It was always fun as a little kid at a ball game.

551
5.00 star(s)
BANNED
Sounds good man, I will PM you this afternoon when I home and we will work somethin out.
You must log in or register to reply here.