Curtis Granderson
0/2 - Sent my cards back and included his own signed card. 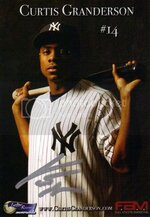 Ian Kennedy
3/2 - Long story, short.. A few years ago, he did a Q&A with Phil Hughes on the old Hughes blog.. My question to him was something along the lines of if he signed fan mail or did I waste my stamps (I had sent to him a week prior to that) He said he did but I never heard back from him. I told him about this in the letter and wished him well in AZ. He was cool enough to respond on the index card. 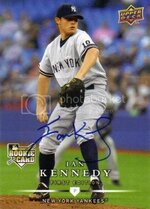 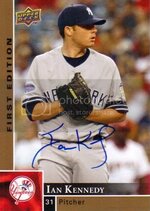 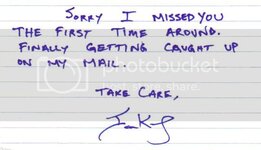 On a side note, I think he really is going to have a better career down there. He dominates the minor leagues and the NL west is as close as you get to that. I actually picked up two of his certified cards this off season while his value is down from being traded. 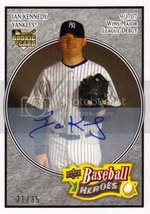 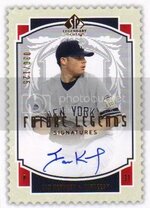 62
4.80 star(s)
Awesome!!,congrats on the nice returns,Kennedy seems like a pretty cool guy,
Kyle

1,981
5.00 star(s)
Congrats
Nice pick ups
Job well done
Thanks for sharing the note with us
Chief

G
Looking For Griffey Jr and Others
2 3