348
4.90 star(s)
Well the Whitecaps got completely robbed right from the first at bat when Dee Gordon got a in the park homerun and was clearly thrown out at home but I'll stop there before I turn this post into a rant. Tom "Flash" Gordon got out of his seat and was walking around the concourse watching towards the end of the game so I had him sign the ball that the guy that works the fast pitch gave me since it was his night off and I told him about that he was here. I talked to Tom for about 5 minutes or so, he didn't have the 08 WS ring on, he enjoyed playing in New York the most also like Philly, he actually enjoyed relieving more then starting since he would get to play everyday.

my long awaited Bryan Pounds batting gloves, he wore these tonight but they actually were Avasail Garcia's gloves and he crossed out the 24's on these, if I was thinking I should have just had him sign only 1 of them and had Garcia sign the other since after all they were originally his. 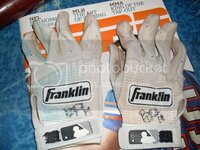 While I was waiting for everyone after the game I just happened to be talking to the right guy, turned out to be one of Anthony Shawler's best friends and he talked him into giving me his hat without me even having to ask. 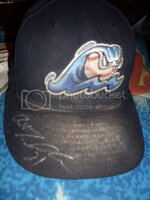 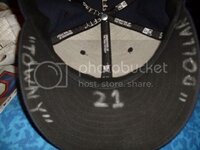 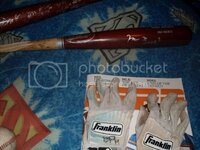 Also got Melvin Mercedes on my 09 team bat, got everyone but 2 of the guys
this season, if anyone really wants to see new pictures I'll take them

348
4.90 star(s)
and you call yourself tigsfan! sure your not secretly dodgersfan? lol

DaNotoriousNIC said:
and you call yourself tigsfan! sure your not secretly dodgersfan? lol
Click to expand...

I'm in the area, so why not? I'm debating buying another team set and trying to get Gordon/Russell again.

tigsfan said:
I'm in the area, so why not? I'm debating buying another team set and trying to get Gordon/Russell again.
Click to expand...

7
Very nice!!
You must log in or register to reply here.

Hundreds of TTM and IP autos. Many HOF and deceased

WTS Getting out of low end. Looking to sell.