In Person
Eduardo Najera- 3/3- Great Guy, told me he likes the dunking card because he cannot do that anymore cause he is too old and unathletic. 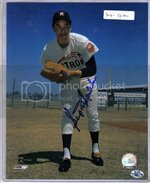 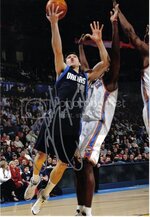 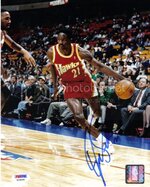 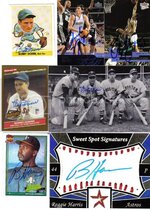 Awesome pick ups, Darrell! People don't realize it today, but Spinks had electrifying stuff back in the day. I thought the Astros were getting fleeced when they traded him to St. Louis for a young left hander named Jerry Reuss. They were trying to balance out their rotation with a couple of lefty and made the deals to bring Reuss and Dave Roberts to Houston. Both turned out to be pretty good deals for Houston. Reuss went on to win a ton of games in his MLB career and Roberts was a solid lefty in the rotation for a few seasons before being sent to Detroit. As for Spinks, he started strong for the Cardinals in 1972, got injured, and was never the same again. Still, his is one of my all time favorite baseball names.

Kyle
You must log in or register to reply here.

Everything Now 20% Off Listed Price! HUGE List Of Basketball Cards For Sale!