127
5.00 star(s)
I've been laying low recently; but decided to update and share my last two IP trips. First was last Saturday to watch Rangers and Cliff Lee lose to the O's...

Got to see my buddy Arron and we walked with this...(sorry no scans, my nephew already has these put away)


Tonight was a lot more fun for everyone as I took my 2 nephews to the Air Hogs v St Paul Saints game. This one will be tough to beat as we had free tickets, it was $1 beer night and I had a designated driver!!

The highlight was that the first pitch was thrown by Mr. Tommy John...Afterward, he graciously signed(they were only about 10 people getting autos) and I took my 10 and 11 yr old nephews to meet him. We introduced ourselves and had a nice connection since my nephews play ball with Billy Martin's grandkids...Martin managed John at the very end of his career in 87...Anyway, it was funny because my nephews only knew "Tommy John surgery"...They really did not realize this man has the most MLB victories of any pitcher not in the HOF....He signed EVERYTHING!!!!

They also combined to get 3 foul balls and after the game, my oldest nephew coaxed former MLBer Nook Logan into giving him a pair of game-used batting gloves. As he informed me..."Uncle Chris, the worst thing anyone can say is no..." He is starting to learn the tricks of the trade!! 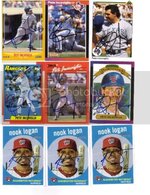 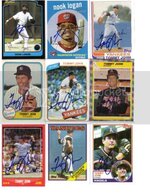 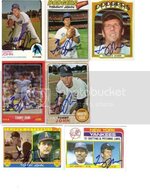 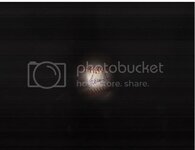 Thanks for reading everyone!!!

551
5.00 star(s)
BANNED
Awesome dude, I'm interested in a Tommy John and Nook Logan auto if possible I am going to see the Jacksonville Suns today to try and meet Andrew Miller and get you an auto from him.
Last edited: Jul 16, 2010

2,734
5.00 star(s)
Very nice...I see one I could use
Let me know what else I can send you with my Incky card and the Furcal auto
Thanks a bunch
Robert

127
5.00 star(s)
thanks guys! Andrew let me know if you get one and i'm sure we can work something out...The Air Hogs roster has amazingly high turnover and i'm gonna try to get out there while Logan and Michael Hollimon are still on the team...Gaylord Perry was supposed to be there on Sunday but that appearance got canceled...Drats.

381
4.90 star(s)
So that's where Michael Hollimon went... anyways, I should have a bunch of Nook Logan's from his Tigers days if you ran out. I would send to him TTM, but he almost never returns them and when he does it is a year or two. LMK if you want to work out a 50/50 for him or anybody else.

My TTM/IP Auto Cards For Trade