348
4.90 star(s)
Had originally dropped off my RC to get signed and of course I ended up getting out of work early and got to the show before he was finished. After having JSA authenticate it it cost me $21. So I spent like a extra $10 then what I had to if I wanted to send it TTM but oh well. 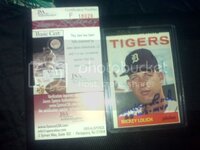 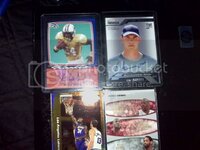 The highlight of the day though, Bob #@%&!n Probert for $12. Probably could have gotten a better deal on ebay eventually on a Red Wings autograph but I don't feel like waiting.