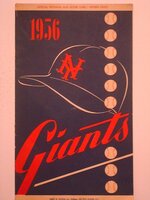 I came across this 1956 NY GIANTS official program and score card. There was a FRANK FRISCH auto in the inside. I completly forgot about this one. 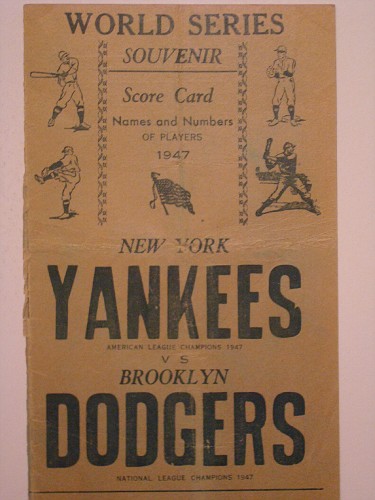 This is a World Series Score Card from 1947. There is now auto in this one. But it is also a score card from Jackie Robinson's first World Series

This is a poster for Hall of Fame Day at Yankee Stadium. It is signed Phil "Scooter" Rizzuto HOF 94. I have rarely seen his auto with his nickname. 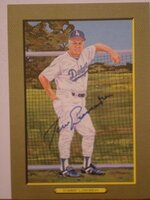 This is a Great Moment card that I got Signed at the D-Day musem in New orleans. They had a three day event called When Baseball Went to War. Tommy Lasorda was the guest speaker.
Other MLB vets there were Bob Feller, Jerry Coleman, Johnny Pesky, Mel Parmell, George Strickland, a few Women league players from the Peachs and some ***** Leaguers.

64
5.00 star(s)
BANNED
very nice i may have a full name signed piece here somewhere of phi;.. ill need to look

Droubaysports said:
very nice i may have a full name signed piece here somewhere of phi;.. ill need to look
Click to expand...

jason
You must log in or register to reply here.

How to become a breaker?