2,860
5.00 star(s)
This is a tribute thread to celebrate Andre "The Hawk" Dawson being inducted into the National Baseball Hall of Fame. I will post a scan of an item from My Andre Dawson Collection periodically, leading up to his induction on July 25th. Please feel free comment or post an Andre Dawson item you have! I would love to see what you've got! 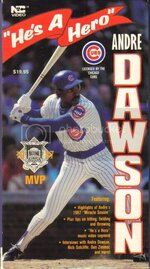 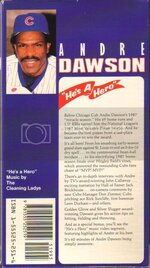 1,990
5.00 star(s)
Hey Craig
THis is a great idea for your Man THE HAWK. Thanks for sharing this idea with the Bench. Just let me know when you get to Cooperstown and I will drive over and meet the # ONE fan of the Hawk
Later
Tom

431
5.00 star(s)
Craig,
I am from the Mohawk Valley(currently living in Rochester, NY) and go to Cooperstown every year for inductions and would be glad to meet up with you and other Benchies that are going for induction weekend.

1,792
5.00 star(s)
I was at a game in 1990 and had a Dawson experience. A friend and I got there early to watch batting practice like we always tried to do and were stationed down the left field line. Since more hitters bat right handed many more balls get pulled that direction we had learned. We had only been there for a few mintues and were about two rows off the wall when Dawson hit a screamer towards the line. Luckily I was able to follow it the whole way and noticed it was slicing, without thinking I took off my hat and lunged forward for the ball....only to have it slam into the bottom of my palm, shoot up into my hat and proceed to bounce off into left field. So now I have one very sore hand and my cap and almost souvenier are sitting on the playing field.

This actually leads into one of my collections.

Now Hector Villanueva was out in left playing long toss with some of the pitchers and saw this happen. He jogged over, grabbed the ball and my cap and gave them both to me--laughing quite a bit to boot. He told me it was a nice try but that is really going to hurt tomorrow (he was right) I asked him if he could sign the ball for me and he did so after hesitating for a second. Naturally when a player comes over all the fans formed a mosh pit around my friend and I to get near him and when they saw him sign something they went crazy. Pens and paper were being pushed at him left and right but he did his best to keep up and oblige all asking. After a couple of minutes Zimmer pops his head out of the dugout and screams at Hector to come see him. Hector kind of hung his head and apologized but said he had to go. Turns out Zimmer had a rule about when the players could sign for the fans and it's not supposed to be during batting practice if you're out in the field. 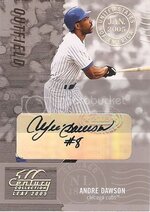 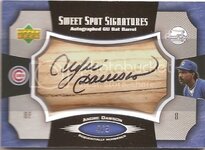 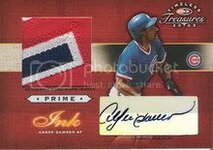 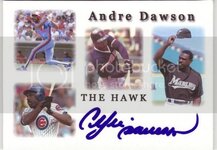 Gee, How did I know you were going to be the somewhat happy about this. lol

your loyalty to him paid off.

Tom & Joe - Keep your fingers crossed for that things work out and I get to make the trip!

Matt - That is AWESOME! I always wondered how the Hector Collection came to be. I do have one question though. You know it's coming to, right? Why in the world would you ruin that baseball by having him sign it!

AJ - Great looking cards! I hope you have a safe trip!

Curt - So I guess I'll never have another excuse to miss your birthday, huh?

Brett - Nice! I love that card!

Loyalty32 said:
Matt - That is AWESOME! I always wondered how the Hector Collection came to be. I do have one question though. You know it's coming to, right? Why in the world would you ruin that baseball by having him sign it!

I wouldn't even have the ball if it wasn't for him so the least he could do is sign it, I figured it was a win win situation 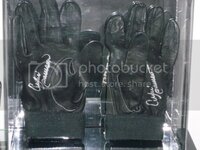 chieftazmisty said:
Hey Craig
THis is a great idea for your Man THE HAWK. Thanks for sharing this idea with the Bench. Just let me know when you get to Cooperstown and I will drive over and meet the # ONE fan of the HawkLater
Tom
Click to expand...

What are you going to say to Dawson's mama when you meet her? You probably ought to say hello to Craig while you're there too.
-Keith 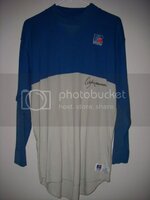 1,020
5.00 star(s)
Cool stuff so far. When I saw that Dawson had been elected to the HOF, you were my first thought afterwards. Congrats! Can't wait to see what other stuff you're going to post here. 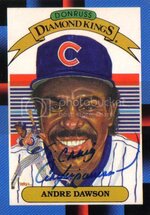 Looking to trade up in your favor. Hundreds of hof autos and game used. Have cash