551
5.00 star(s)
BANNED
I had one of the best IP days ever yesterday. I have a few friends that work for the Mavericks and they let me know where the team was going to be staying when they were in New Orleans. I left Biloxi around 10:30am and got to the Mavs hotel around 11:45am. The team was still at the arena doing shoot around, so I just kept my eyes open for them. Most of the team came back at once, but I was only able to get 3 guys when they did (Popeye Jones, DeShawn Stevenson, and Matt Carroll). Shawn Marion & Jet Terry told me as they were getting on the elevator that they would be back down and would sign for me then. I sat back down to get some other things ready and some guys were slowly coming in one at a time from getting lunch. Eduardo Najera came in and when he saw the Nets card he said "man, f**k that team, I'm not signing that s**t" and then proceeded to sign it anyway, haha. When it's all said and done, I got the entire Dallas Mavericks team (minus Tim Thomas who is out right now because his wife has cancer - and I missed a couple trainers/coaches). But here is that I came away with... 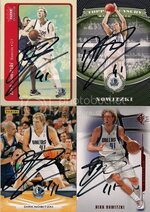 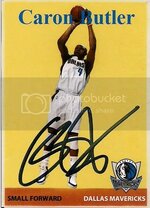 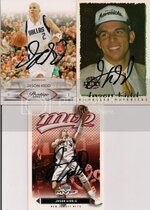 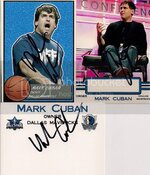 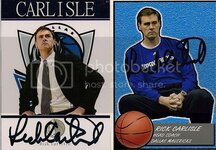 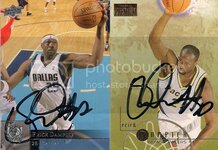 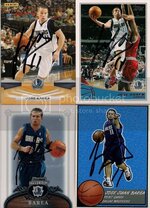 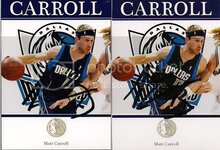 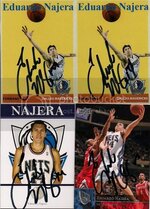 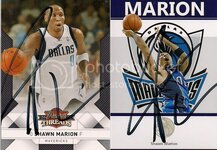 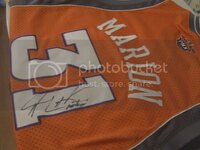 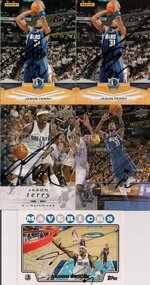 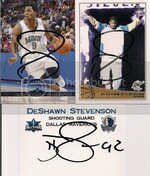 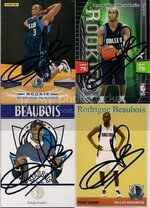 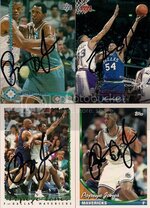 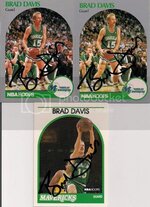 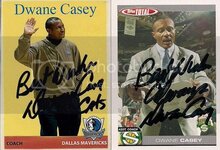 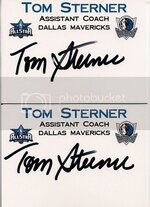 congrats on all of the pickups. they look great!

Yeah Chris, if they had played like they did in the 1st quarter they woulda been alright. The Hornets were knocking down 3's like they were nothing though, ugh.

645
5.00 star(s)
Great day! Where did they stay? I got the Lakers once in New Orleans & they stayed at the Ritz right downtown.
Awesome day- Congrats!!

They were staying at the Windsor hotel downtown.