127
5.00 star(s)
So I opted to attend the Grand Prairie Air Hogs opening game last night....I only went because I saw this on Tuesday on their web site...

Sounds pretty straightforward...right. WRONG!!what an abomination....I realize it rained heavily yesterday; but called the Air Hogs at 5 and another person there told me they called at 7 and was told again, all events will still be going.
Taylor was there to 8 hop a ball to the catcher and he then signed for maybe 5 minutes. I was lucky enough to get him once; but he did not sign for everyone(there were less than 50 people in line) and according to his "handlers" Taylor did not even know he was supposed to sign that night.
Inning after inning passed, no one showed. Info requests to Air Hog employees yielded little to no results. We were told Wright was there and he would be down shortly to sign(this was in the third inning).In the sixth, we returned to the info desk and this time no one had any clues. It was a joke. Brown no showed.
I happened to spot Taylor again outside the park with his crew and he reluctantly signed 2 more(after i offered to give him 3 cards to keep).
So all in all, I was rather disappointed and I apologize to my buddy,Arron, who made some customs for me to take. I was given 2 free tickets to a future game of my choice...at least they have a sports bar there in left field 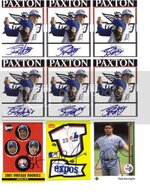 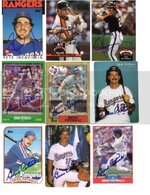 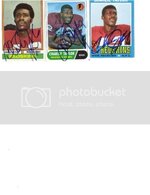 185
5.00 star(s)
stinks bro, but none the less you did well with who was there, thanks for your help

65
4.70 star(s)
Man, that stinks that they yanked everyone around like that but there are no apologies needed, my friend. You did a great job on everyone who was there. Thanx for getting some stuff signed for me too. Btw I'll be out at the tunnel on Friday, Saturday, and Sunday. If you go then I'll see you out there.

7
Nice haul!
You must log in or register to reply here.