Got Some Great PC Stuff at Show Today

We went to small local show today. We don't normally go to this show anymore, but we heard Jay Buhner's brother, Ted, was going to have a table set up and was selling lots of Buhner stuff. So we had to go. Wish we had gotten there sooner, but I think we got some neat stuff. Ted was great to talk with and shared lots of stories about Jay. Really nice guy.

The shirt was supposedly worn by Jay at the Buhner/Randy charity golf tournament they both sponsored in 1997. Pretty cool to have two of the guys we collect on such a unique item. 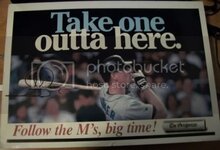 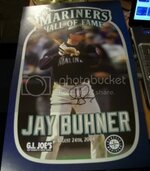 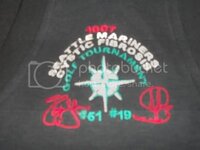 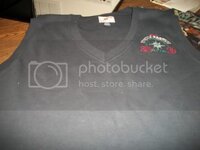 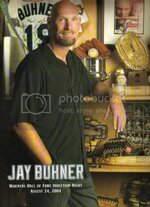 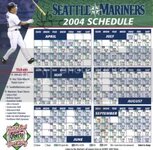 mrmopar said:
What show is that? I have not been to one since the WSSCA show a couple years ago.
Click to expand...

It was at the Tacoma Antique Mall. They have a show every month, but we usually don't find much there. Ted said he may be doing the show at Meridian Elem. School in Shoreline in May or June.

Thanks
Craig (The one that got away, but can still be had for just one card! )

809
5.00 star(s)
Nice stuff! I've got a couple of his 90s inserts and autos in my collection as well. Certainly one of my favorite signatures ever.

13,010
5.00 star(s)
Congratulations on your pick ups! It's been about 3 years from my last card show.....Best regards, David
You must log in or register to reply here.

Idiots at an auction