The Most Interesting Success You'll Ever See!

544
5.00 star(s)
I was looking up some signing stats about Al Grunwald (whom I have already sent to), just to see if he was still signing while writing a letter to Ruben Amaro. I did everything right, but sent the Ruben Amaro letter to Al Grunwald. I got it back today after 3 days (which is another record for me) with a letter from Al about Ruben Amaro. I saw it and was wondering what it was considering Ruben lived in Flordia and the letter was postmarked from Santa Clarita, by where Al Grunwald lives. What a cool guy, he wrote me a letter about Ruben Amaro, telling me what kind of player Ruben was and everything. He must have been surprised too when he opened my letter as well considering the letter and everything was addressed to Mr. Amaro. I'm not sure how I what I would have done if I got a fan mail from another player, but good thing they knew each other and he had a cool story to tell about him! But, a cool story and a cool success! I'll be sending to Mr. Grunwald letting him know what happened as well as thanking him and I'll send some questions his way too. 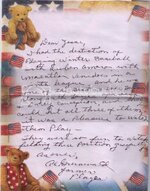 Oh and I also got this one back as well today. He didn't answer the questions. 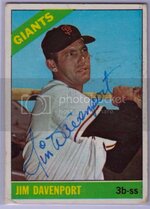 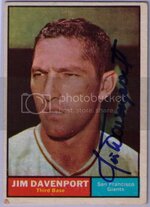 
DaNotoriousNIC said:
very cool, atleast he didn't just throw it in the trash so you know you messed up
Click to expand...

1,974
5.00 star(s)
Congrats
Nice pick up
Job well done
Thanks for sharing the letter with us
Chief

7
This is why I love vintage successes! Awesome story, most of these old guys just love to talk baseball. Could you imagine the stories you could hear over a 2 hour lunch!! Big congrats, Pat.

544
5.00 star(s)
I was lucky enough to do that with John "Mule" Miles last summer and it was really amazing. He had tons of amazing stories.


supershriner said:
This is why I love vintage successes! Awesome story, most of these old guys just love to talk baseball. Could you imagine the stories you could hear over a 2 hour lunch!! Big congrats, Pat.
Click to expand...

What would you like to see broken? Or buy for yourself?