621
5.00 star(s)
OK, so I am cheating a bit, since mail doesn't come on Sunday. I really got this in July, but if I posted in that thread now, nobody would see it. Now I will either entertain you with some background, or bore the hell out of you.

I am mainly baseball. Have always picked up anything sport related if it caught my eye and dating back to my early collecting beginnings, I also dabbled in non-sports. It was initially Star Wars and the other movie/tv show card sets of the 70s and 80s. It never really stuck with me though and had mostly given up on non-sports until the 90s gave me a slight revival. I was really into the 1994 Skybox Simpsons cards and a few other sets from popular shows at the time (Ren & Stimpy, Southpark, etc). I also picked up some older stuff around that time, such as the 1981 Donruss Magnum PI set. This has always been a favorite show of mine and I ended up getting the full DVD set for Christmas one year and we started watching it as a family. I got everyone into it for a while. My yougest still loves the show and has rewatched it several times since we did it as a family. My wife and older son lost interest somewhere along the way.

Anyway, I still don't do much non-sports and even my sports collecting has gravitated towards autographs primarily. However, at some point I decided that I wanted to get as many cast autographs from the Magnum PI show after learning about and using a site called Magnum Mania. I already had a couple on Magnum PI cards (Selleck and Roger Mosley, who played TC). I finally landed a John Hillerman (Higgins) signed check and Larry Manetti (Rick) was the last of the big 4, he was surprisingly harder to find.

I wasn't done there though. I decided to get all of the main re-occuring characters I could find and even nabbed a few lesser characters who had certified autographs from other non-sport sets. Considering the show ran from 1980-1988, and most were mature characters at the time, it was not going to be too easy. Several characters had already died and several more would die during the hunt. using the mania site and my knowledge of the show, I put this project on the side and would pick up signatures in any form I could find, when I could find them. I was not picky with some, as their signatures were either somewhat hard to find or supply had just dried up. Some of the names I grabbed along the way included Gillian Dobb (Agatha), Elisha Cook Jr (Icepick), Kwan Hi Lim (LT Tanaka), Jeff MacKay (Mac), Glen Larson (Creator), Eugene Roche (Luther Gillis), Kathleen Lloyd (ADA Carol Baldwin), Patrick Bishop (Bartender Keoki), Lance LeGault (Colonel Buck Greene) and a few other lesser known, lesser seen characters who I recognized or logged in more than a handful of episodes to their credit. A couple names like Robert Loggia, Tim Rossovich (former NFL player) and Clyde Kusatsu (who played the original Gordon Katsumoto and was never seen, unlike the remake where he is a featured character).

After many years of chasing signatures, often paying way more than I would have liked for lesser characters (compared to say sports autographs by level of star power), I was down to a handful. As it stands, I still need a couple that I would consider to be "key" in relation to the show, but they are also not critical. Three bigger ones are Orson Welles, who played Robin Masters (voice only) for only a few episodes before he died during the shows run in 1985. Another is the shows Producer, Donald P. Bellisario. The last being Joe Santos, who played a cop in only 5 episodes, but was more famous for rockford files. I would love to add all 3, but just not into forking out a lot of $ and have seen very few Bellisario's and when they do show, people want way too much. Wells is famous and died a while back, so not willing to pay that premium for him. Santos appears to be more scarce than I would expect and I have seen a wide variety of signature types and has since died (2016) at age 84. I guess I don't trust any of them to be real, because i don't know what his signature should look like!

The last hopefully obtainable "regular" that I hope to capture someday is Glenn Cannon, who played Doc Ibold, but only 14 episodes. The problem is, he was not very famous per se had become a teacher in the 60s, with acting kind of a side gig. He came to Hawaii in 1968 and stayed until his death at age 80 in 2013. I have yet to see a signature from him for sale, although that could be due to lack of popularity, lack of supply or lack of interest.

Getting to my point, the item I picked up last month was the other somewhat regular that hasd been more difficult for me to find. I believe this person's career peaked in the late 80s and she just moved away from show business. I actually found her profile on facebook and reached out a couple times, but was ignored. Perhaps she didn't sign muck, but Jean Bruce Scott was the actor. She played Lt Maggie Poole.

That being said, if you stuck around to read all this, maybe your a fan of the show as well. If anyone has any autographs of anyone they know played a role on Magnum PI, even if it was just a special guest star on a single episode, I may be interested. I can't possibly track down all of the small timers who appeared on a show, but they had some big names over the years, like Frank Sinatra & Sharon Stone to name a couple. I wish i would have started this project when the show was on or shortly thereafter.

Signature is nice and bold, but just signed on a dark spot. Not the best, but only seen a couple come up for sale so far. I took what I could get. 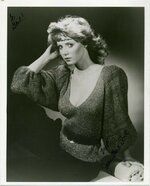 214
5.00 star(s)
Magnum PI and The Rockford Files were two shows always linked in my mind, i saw both in their original runs and in reruns! Congrats on the great pickups, that is a classic show! Tom Selleck played a cool operator, and Magnum was not as dark as Miami Vice was, another cop/detective show from the same era.

Thanks for the post, @mrmopar , a very fun read and walk down memory lane!

PS: would love to see more scans of your cool collection! Elisha Cook Jr. was in The Maltese Falcon with Humphrey Bogart, one of my Grandparents' favorite movies that we watched frequently while I was growing up! Didn't remember he was on Magnum PI! 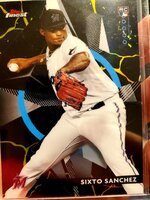 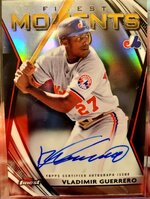 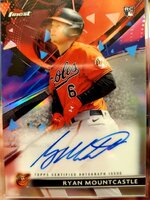 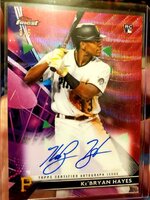 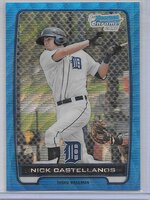 budd2222 said:
First one of the month. Al Lewis and Butch Patrick.
Click to expand...

Loved watching the reruns when I was a kid on Nickelodeon and TBS. Also oved the Addams Family. 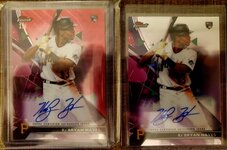 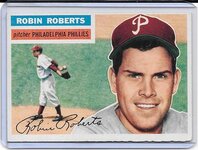 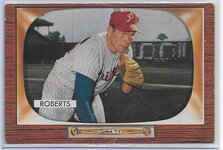 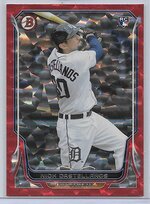 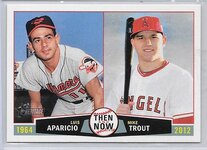 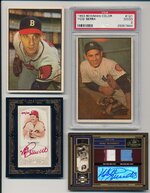 Took me almost a week to go through all of my pickups from the National in Chicago last week; these were my 4 favorite adds to my PC. Was afraid I was going to get priced out of the Yogi because his early 50's card prices are starting to approach the Mantle tier but this one will fits into my 53B set nicely. The Spahn was a day 1 find and the dealer actually had to point out the minor flaws in it because I couldn't find any!

ricky_mn said:
just grabbed this for 15 bucks seems like a decent price who knows lol
Click to expand...