Deftones IP and this week's stuff

348
4.90 star(s)
Show was awesome, 22 songs.
Rocket Skates, Diamond Eyes, Feiticeria, Elite, Knife Prty, Passenger, You've Seen The Butcher, Cmnd/Ctrl, Sextape, When Girls Telephone Boys, Minerva, Birthmark, Prince, Beauty School, Be Quiet and Drive, Around the Fur, Lotion, My Own Summer, Back To School
then the encore was
Root and 7 Words. If they only would've played Bored it would have been the most perfect show of theirs I could've seen. Now for the kinda bad part, had to pick up my buddy for the show so needless to say I didn't make it down there nice and early. Planned on getting there between 3-3:30. Guess shortly after 3:30 all the guys signed but Abe the drummer. Well I stuck around for a good 2.5 hrs after the show and got Stephen (guitar) and Frank (dj/keyboard). The rest went straight to the bus after the show was over and wouldn't come out and sign even though Stephen said he would try guilting them to come out for us even without anybody asking him to try getting Chino or the rest of them to come out. Then again Frankie did come sign so maybe it worked but he wasn't on the bus. They will be touring for the next 2 yrs straight according to Frankie. 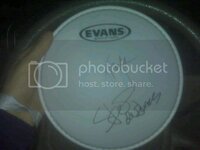 Charlie Manuel-Phillies ST, got my card back unsigned with the note they usually send out, atleast I didn't get a preprinted postcard though even though this doesn't help me with my 08 Topps set. 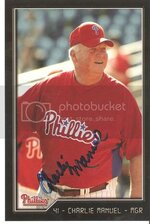 The rest I got all in trades 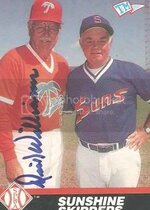 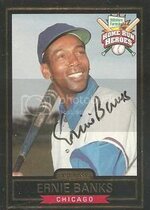 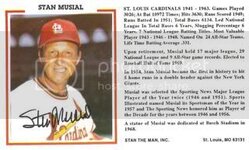 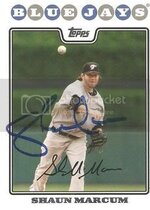 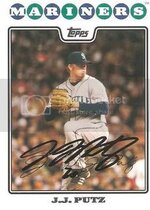 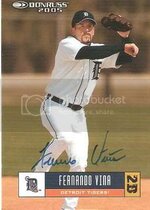 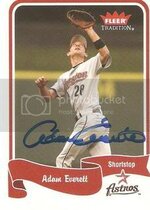 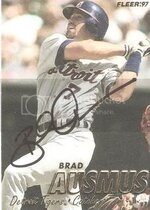 7
Congrats!
You must log in or register to reply here.

Any info on this card