551
5.00 star(s)
BANNED
Okay, many of you know that I am a collector of MLB pitcher Andrew Miller. His full name is Andrew Mark Miller, mine is Mark Andrew Miller - and we were both born in May. Pretty cool I thought. He is currently playing for the Jacksonville Suns (Florida Marlins AA team) and they were playing in Mobile last night so I took almost everything I had to see how much he would do for me. I was at the ballpark when the bus pulled in, but missed him getting off. I went in by the clubhouse and caught Javier Guzman as he came out and asked if he would be willing to go in and get him for me...he said no problem and Andrew came out a couple minutes later. I told him I had a donation for his charity (since he usually charges TTM) and he said he didn't want my money and would sign anything that I had for him since we were brothas from anotha motha. I asked him several times if he wanted the money and he declided at least four times. Great guy, he ended up signing 33 cards & 1 OLMB for me - personalized "To Andrew, From Andrew". I got a bunch of the other Suns players inside the park before the game too...definitely and awesome IP day, one of my favorites ever! Here is what I came away with: 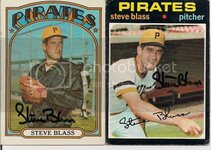 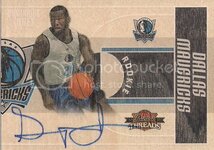 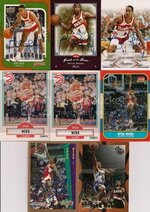 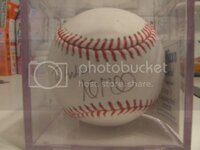 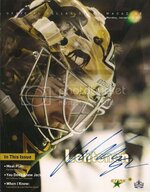 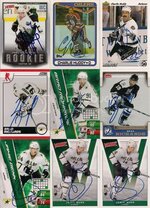 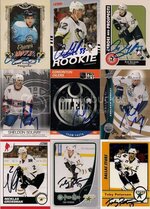 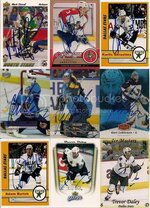 208
5.00 star(s)
Very cool! I love hearing in person stories like that, he seems like a great person and ballplayer!

156
5.00 star(s)
Thats awesome I love the masterpieces black border one

156
5.00 star(s)
I hate to ask and I'm pretty sure I know the answer but would u be interested in trading it? I have a Jared Weaver IP on the same card

551
5.00 star(s)
BANNED
Sorry, but I doubt I will be able to find another one of those signed. All of these are for my personal collection except a couple that have already been spoken for.

thanks buddy, everyones doing great so far & I'm starting to get back into it now :0)

2,449
5.00 star(s)
Wow congrats! Maybe one day when I get something you need again (and no, those rangers are still NFT!), I can get one each of the Guzmans for my Pirates PC and a Andrew Miller! Need the Guzman for team sets and just need a Miller for PC

Obed - come on, you can part with at least one of them to help your Pirates collection!

where can i find a player checklist?